What are links? When we say “link” we think of two things connected together. On the web we think of links taking us to different pages or sites but in fact they don't really connect those pages.

A link on a website works more like a sign post. “Hey”, it says “look over there at that thing”. The link, in terms of a connection, is in the heads of the author and viewer. We assume that a link will signpost us towards something that's connected in some way. 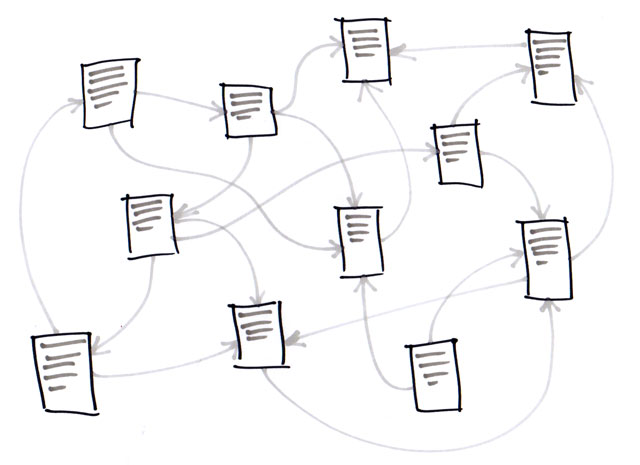 When we picture the internet we think of a network of linked documents. Only actually those links aren't two way things they're signposts. The direction of travel is always the same.

Of course this is no revelation. Google’s search algorithm since the start was based on tracing back those links and assigning meaning to them.

Anyone who's ever poured over referrer logs has understood the power of looking at links from the opposite direction.

Before social media, when the blog was king, trackbacks were invented as a way to make obvious on destination pages the different incoming links that existed on other blogs.

Matt Webb, a long time ago, created a little experiment called Dirk (after the Douglas Adams character) which attempted to treat links more like links. Instead of creating a sign post you created actual links. They took the form "X is connected to Y because…” which meant that they consisted of 3 things. First the two things that were linked and secondly the link itself, explained.

What I like about this is that the link is an entity in itself. Not just the result or implication of signposting. It exists in its own right. I think this changes the nature of the relationship in a important way, but also opens up the potential for a different kind of experience.

When I was working on the Pararchive (latterly Yarn) project, this was an idea we toyed with for a while. We wanted to allow users to link up disparate things to tell stories about them. My thought then was that instead of creating implied links through grouping or sequencing items we could make the links explicit and even the main focus of story-telling. I still think this idea has legs although I think that creating a user interface which clearly and satisfyingly makes use of this is a challenge.

I think there’s something in this though. I imagine some tool that’s something like Dirk crossed with a Wiki. Something that allows the creation of web pages quickly and easily but where as well as creating inline hyperlinks there are also ways of creating explicit stand-alone links to connect these page to one another page and with some kind of explanation of the connection.

My thought here is that in practice this would open up a much more organic form of information architecture. One where as well as tracing the edit history of the page (à la wikis) you could also trace the number of incoming links (à la Google) and use these to guide people through the content itself. You could track the number of times links were followed where usage would somehow strengthen and neglect weaken them. Perhaps instead of categories and tags we'd have links to canonical pages which expressed those ideas but with the added benefit of those pages being linkable in themselves. 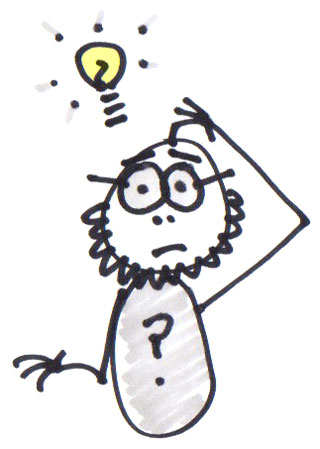 To be honest I'm not entirely sure about all this. I'm not sure the whole idea wouldn't actually collapse under it's own weight if pressed any further. However, it's been an idea I've had rattling around my head for a while. So now here is it, out of my head, maybe now I'll be able forget it? Or maybe I'll go and try and build it.

Stay tuned to find out!