Ending my six and a half year stint as a civil servant today with a solitary trip to Quarry House to clear my locker and hand all my accumulated tech back to the nice man at the tech bar. 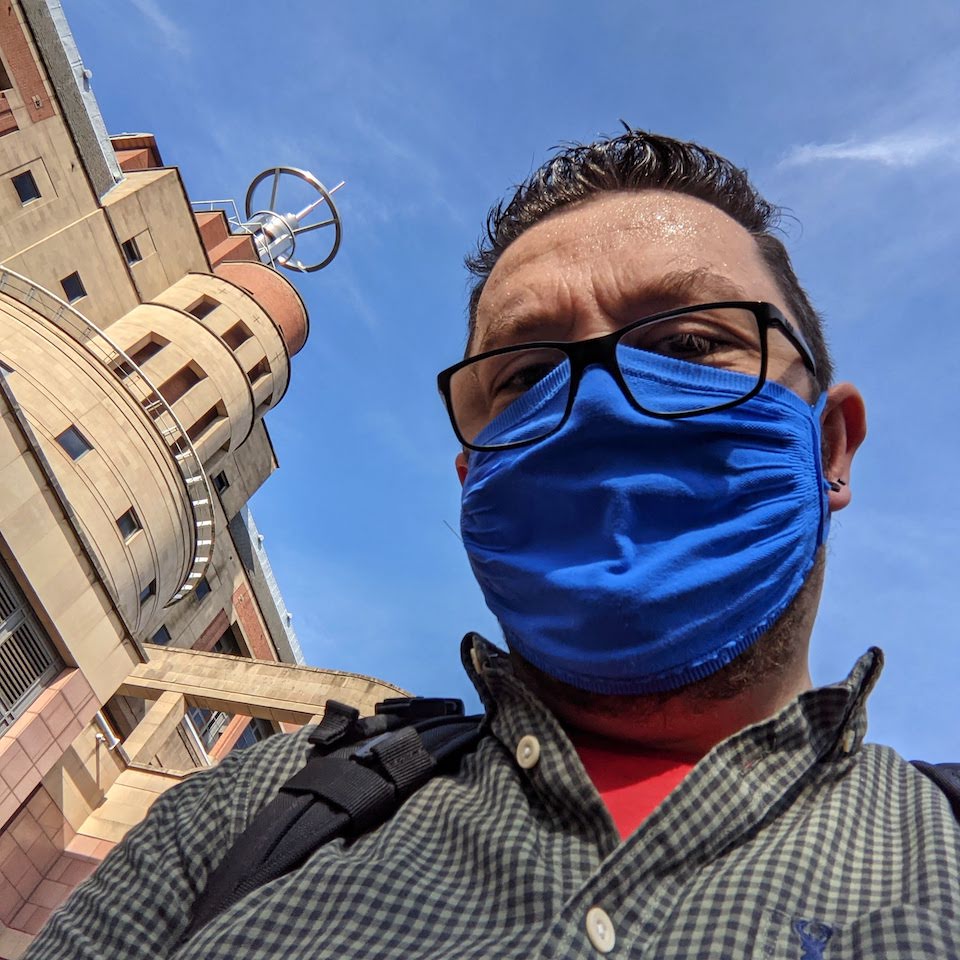 Looking back over that time it’s hard to sum it up, but I was reminded of this passage from Fear and Loathing in Las Vegas recently and was surprised by how well it fit. Of course “evil” isn’t right at all, but the rest… well… that kind of nails it. For me at least. 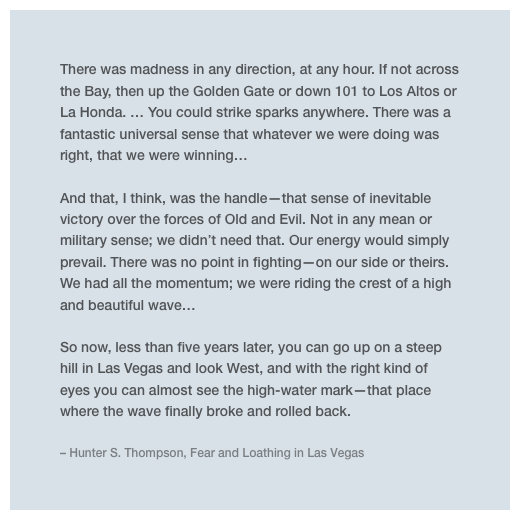 There was a sense of momentum. A wave that swept me in and propelled me forward for a long time. I think I did strike a few sparks here and there and was certainly delighted to see others do so. Maybe it seems a little antagonistic, but for things to change and really improve, some things must be swept away. I think it’s hard to imagine the kind of changes that are really needed without the removal of the old. Maybe we hide from that too much.

And then the wave broke, and yes, it took a long time for me to really see it, and then accept it. I think the last year has given me a clearer vantage point from which to look back and now I can see that high-water mark and also more how the waters rolled back. So there’s sadness there but also a huge pleasure to have been a small part of such a thing. I found a place where all the skills I’d built up finally aligned with a clear sense of purpose and where I really felt valued for the stuff I could do.

I think even amongst the cohort I joined with I was very lucky in the places I landed and the people I got to work with. Those people who started work on the Access To Work digital service are a group I’ll never forget, but there’s also been a huge number of significant others along the way.

I’m also grateful all to the people who started the wave, particularly a Ben and a Ben who interviewed me and helpfully saw through my stumbling answers to the weird civil service questions (something I missed later on) and another Tom whose words, conference talks and definition of what “digital” is, were things I returned to over and over during this time.

And this isn’t really an end. I’ll still be working for Gov. Still sitting at the same dining table in the same kitchen where I’ve been for the last eighteen months. Working for a brand new organisation that is also the same one I’ve actually been working for the last year. Which reminds me of another thing that has become more resonant for me working in Government for the last 6.5 years. Plus ça change plus c'est la meme chose. ;-)