Working in the civil service we’re mostly looking at problems that have been around for a long time. Not only that but in searching for and refining our understanding of user needs we’re deliberately trying to look for those timeless problems.

It’s not surprising then to sometimes come up against a kind of fatalism from our colleagues, especially those who have seen attempts made numerous times to solve these (or related) problems.

“You know this has been done before, right?” they say.

It can take many forms. Sometimes on a very local level (“We’ve been through this, let’s not go over it again”) or on a grander scale (“This department has been trying to work this out for years”).

This is hard because as an argument it is compelling and it feels true. The more I am exposed to civil servants of all types the more I see how intelligent, hard working and dedicated they are. So often their desire to make things better for real people shines through and their frustration at things not being better is tangible. It’s not hard to imagine people like this having exhausted all possibilities in their attempts to improve things.

It can also play into our own lack of confidence. “Of course,” we think “how arrogant of me to ever think I could bring something new to this. After all, who the hell am I?”

However, I don’t think it is true, and the reason is Jeff Goldblum. 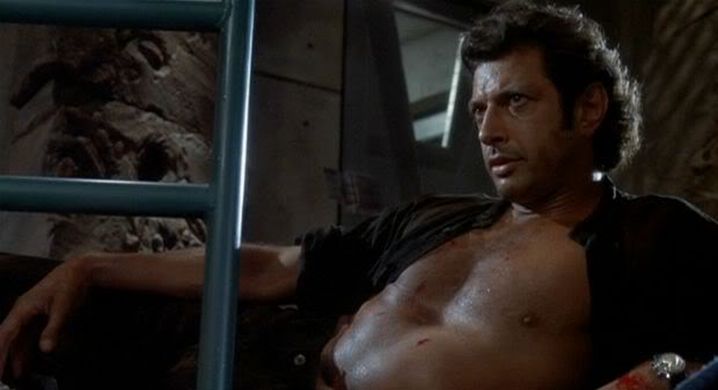 It was my son’s turn to pick a family film recently and he chose Jurassic Park. Before long we were subjected to Jeff’s rather creepy explanation of chaos theory to Laura Dern whilst Sam Neil is distracted by … dinosaurs or something. He says this:

In a complex system tiny differences in initial conditions a) never repeat and b) can vastly affect the outcome.

It struck me that this is exactly what we’re faced with in work. A complex system. Not just the complex bureaucracy and processes we are attempting to improve but also in the complex organisational structures and team dynamics of the people attempting to get things done. The huge amount of variables in these situation render them “complex” in just the way Jeff is describing.

There are so many different factors at play. Different people, different stakeholders, different technology, different context. Even on a very small scale (for example, just within a small team), the idea that you could ever really repeat yourselves is nonsense. The question isn’t: Have we done this before? but: Is this a valuable thing to try now?

I’m not saying we should not try to learn anything from history. Of course understanding past mistakes is a must, if you can. But too often when people say these things what they're really saying is "Don't bother". This is not just a counsel of despair but it's also a counsel of inaction.

The trouble is, it sounds reasonable, and that’s why we have to be wary. Just like with re-inventing the wheel we have an intuitive sense of the efficiency of not repeating ourselves which makes us feel like avoiding that is always best.

But it’s not. If a problem persists then it needs to be tackled again. If the best idea for tackling it is the same one we tried last time, let's try it again. If it's really the best idea, what else would we do? It's amazing how often going over old ground, repeating exercises or simply talking through things again with a slightly different mix of people, generates hugely different outcomes.

Evolution for revolution? Spiderman and the retelling of stories