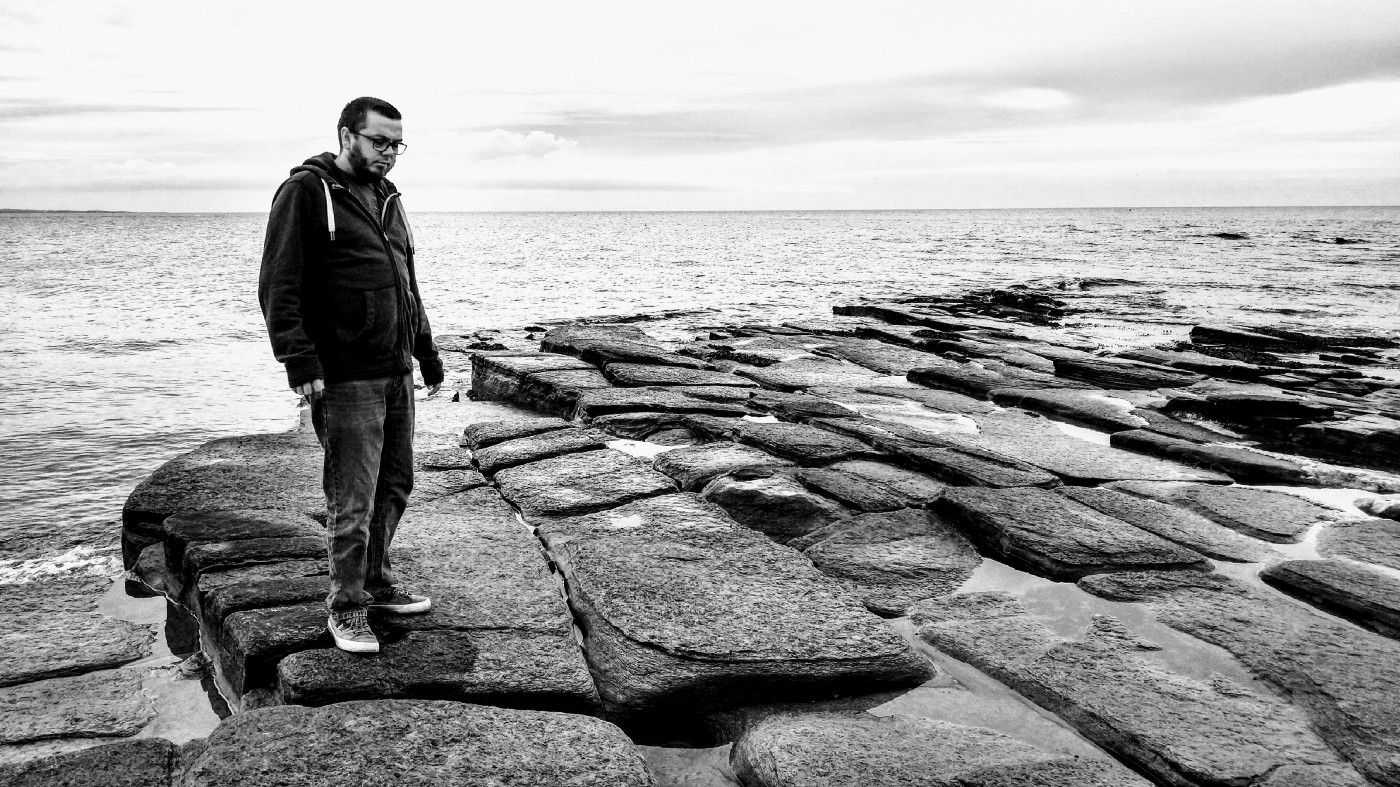 The rock formations that jutted diagonally up through the beach near our Northumbrian holiday cottage were striated with thin lines of brown, orange and tan. I tried to get my nearest child to appreciate the geological heft of the story they told, but I was given short shrift.

And so I was thrown back into my thoughts.

For me, beaches tend to inspire a certain kind of thought. Something about the elemental nature of the massive skies, the long flat horizons, the weight of the tides and the little atoms of sand all seem to trigger me into some kind of non-religious awe at Life The Universe And Everything™. It’s probably just a sign of being middle-aged.

But those thoughts are themselves layered because we build our understanding of the world in layers. Physics gives way to chemistry, biology and then upwards to social sciences and beyond. Each is describing the same world but each with its focus, areas of interest and concerns. Abstractions on abstractions. Helping us understand and deal with burgeoning complexity by gathering and simplifying stuff in useful ways.

All models are wrong, but some are useful. Each layer is it’s own model and each is useful in its own way. It would be painful to try and talk about economics in terms of elementary particles.

Closer to home (for me) I see this in technology and computing. As 0s and 1s give way to code, and code is then written on top of code, formulas are translated into functions, then objects, things become more abstract, more linguistic. Each layer enables people to focus on the concerns appropriate to that layer, in a way that makes sense for that layer.

In my career, I’ve been able to watch this process happen as the patterns that started to accumulate around the technologies I’ve used, solidified into layers themselves, spawning explosions of invention within those layers that couldn’t have been previously conceived using the model from the layer below.

Because a new layer is not just an accumulation, it marks a point of change — a pivot. The beach rocks were presumably layered by a climatic or geological change that altered the composition of the sediment. Technology is layered by new ways of thinking, changes of perspective that, while they can only happen as a result of accumulation, nevertheless mark a point where what’s above is different to what’s below.

As a service designer, it would be easy to think of myself as climbing up such layers to some more rarified place with a broader perspective. Gulping down the thinner air and looking down at things “end-to-end” in a way few others can. “It’s not that I’m more important”, I might say, “it’s just the topography of things makes it look that way.” But I don’t think that’s true or indeed very helpful. The layers I’m thinking of are not to do with importance or hierarchy, and certainly not to do with authority.

No, as a designer, what I’m more interested in is whether people working (and thinking) in different layers can communicate with each other, how they can jointly maintain a working model of the world that allows them to collaborate while still being able to focus on their layer and the concerns within it. How does a physicist talk to a chemist? How do they speak to a biologist or an economist? How might their different perspectives and concerns be represented in ways that allow them all to work together towards a common goal?

How can they all, despite the necessary abstractions that allow them to do their work, stay as close to reality as possible. A reality they all share, but which they are often insulated from by layers and layers and layers…

The Team A Person