Over the holiday I read a book called But Beautiful by Geoff Dyer. It's a book about jazz. Well, it's a book about people who played jazz, back when jazz was just starting out, being invented. It's an amazing book. 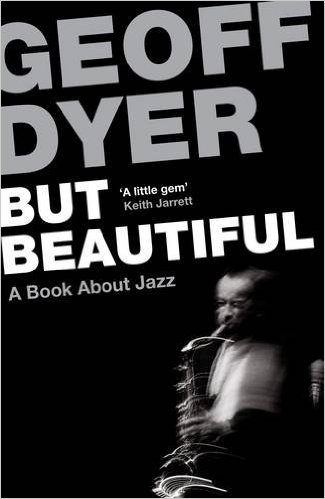 The book consists of a number of stories about a number of characters from the early days of jazz. Episodes from their life or incidents that happened to them. But they aren't necessarily true stories. Dyer has taken a few facts and existing anecdotes and he's woven fictional accounts around those. The point being not to relate the facts but to provide Dyer with a kind of extended metaphor within which he can explore ways to tell you not only about the person themselves but also their music.

It's a wonderful idea but also with it's emphasis on invention and improvisation around it's subject this approach is deliciously well suited to a book about jazz, an art form which revels in both those things.

Of course a brilliant concept would be nothing if it wasn't executed well and fortunately Dyer is a phenomenal writer who seems to effortlessly juggle various themes and styles throughout. Each story has a different tone and structure. They're all memorable in their own ways and notable for the way that the slightly different approach he takes with each gives you a different feeling which you sense is telling you more about the music than a straight description ever could.

The text is peppered with the kind of wonderful detail which brings each story to life and being fiction allows Dyer to flesh out all the characters (not just the protagonist) with far more depth and a straight recounting would have allowed.

The stories themselves, like the lives they depict are mostly incredibly sad. The toll that life took in various ways on these performers is rendered with heart breaking clarity, and yet their importance and their achievement shines through.

Listening to music is never just about what you're hearing. Your ideas and preconceptions about the singers or musicians always play a part. By approaching his subject in this way Dyer acknowledges that the music these people made is linked inextricably to the lives they led. The stories (or legends) associated with those lives can play a vital part in helping you to appreciate not only the people but the music too.

It's funny to think that when the book was published in 1991 there would have been no Spotify for readers to rush to upon completing it. I was delighted to return from holiday and start looking up these names. Listening for whether the recordings themselves showed the same qualities Dyer had described, and trawling Google Images & YouTube for grainy footage of these musicians.

I've never been a fan of jazz particularly and I'm not sure that this book will turn me into one, however, it is remarkable achievement. The sheer quality of the writing, the brilliance of the over-arching idea and the skill of it's execution makes it one of the best books I've read.

Grand Narratives In Praise Of Reinventing The Wheel